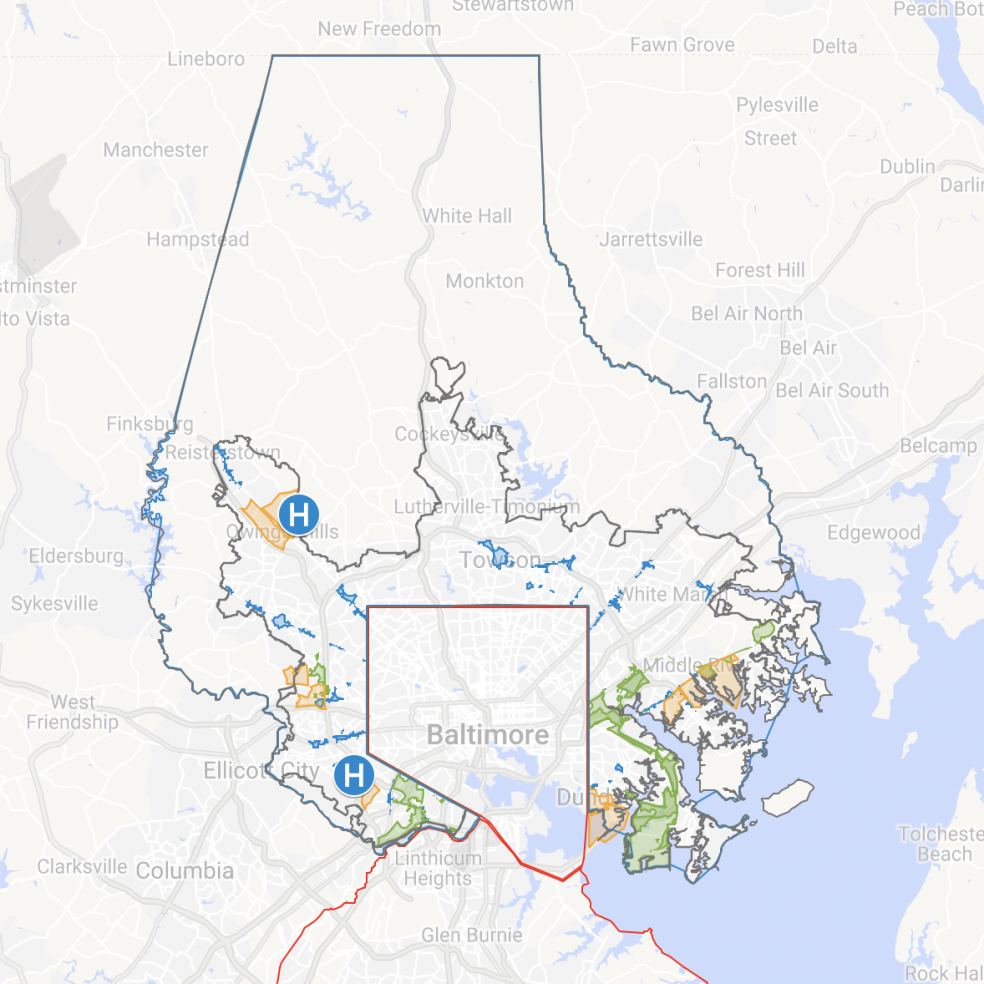 The development impact fees bill that passed the Baltimore County Council on May 23 was a compromise bill that included provisions from both the County Executive’s version and Councilman David Marks’s version, with some addition provisions and exemptions added. Some of those provisions were added at the request of other council members. However, some of the exemptions and changes seem to have been added at the last minute at the request of developers. With all the exemptions, there is some question about how much revenue the impact fees will actually generate. The fees also now won’t go into effect until July 1, 2020, which not only delays the revenue to the county, it means that some projects that would have been charged impact fees will now be exempt because a year from now they’ll be further along in the approval process.

Development impact fees are paid by the developer to help mitigate the impact of the development on infrastructure, including schools. See my post on the budget legislative session.

I’ve analyzed both the original bills and the amended bill that finally passed. A list of the provisions of each version of the bill are listed below.

One of the biggest issues is the increased list of exemptions. Construction in Enterprise Zones was exempt under the County Executive’s version, but the final version also added Commercial Revitalization Districts and Maryland Opportunity Zones to that. To visualize how much area is impacted by those exemptions, I created a map of Baltimore County that shows all three zones, and the Urban-Rural Demarcation Line (URDL).

Even with all the exclusions, there’s still plenty of space left that’s not exempt. However, the exclusions will clearly have consequences:

More than this particular bill, my concern is more generally with the process and lack of transparency. Baltimore County has never had a high regard for citizen involvement or transparency, and although County Executive Johnny Olszewski has made transparency a priority in his administration, much of the County Council processes and procedures work to limit citizen involvement.

I don’t begrudge developers having a voice in the process; like everyone else, they have concerns and deserve to have their concerns heard. But their concerns should not have a higher priority than those of the citizens, and it becomes a problem when developers are able to incorporate last-minute changes that are then voted on with no opportunity for citizen engagement, or even for citizens to see what’s being voted on before the vote happens.

The county council’s standard procedure is to hold a public hearing (work session) on each bill to allow the public to testify. Work sessions are held at 2pm on a Tuesday in Towson, requiring many people to take off of work and drive to Towson on a weekday afternoon to participate in the process. Then the council generally votes on the bill one week later, at a legislative session held on a Monday evening. Sometimes amendments are voted on at a legislative session, and even after amendments are added, the bill itself is voted on immediately after any amendments are added, with no opportunity for citizens to see the amendments or provide input on the amended bill.

The final bill should never be voted on in the same session as amendments, except in the case of emergency bills. If a bill is amended, then that should trigger another round of public input with an opportunity for citizens to see the amended bill, contact their council member, and testify at a work session.

The county charter specifies that the county council must vote on bills within 65 days of introduction, and the county must publish bills in a newspaper at least once in the two consecutive weeks following introduction. (County Charter Article III Section 308) That should still provide enough time for a second round of transparency and public input. Sixty-five days is just over nine weeks. Even if you added a second round of publication, it’s still doable:

Now, the impact fees bill was introduced as a part of the budget package, and it is true that the County Charter defines a specific (and very tight) timeline for the budget process. The County Executive must introduce the proposed budget no later than 75 days before the end of the fiscal year, ie., April 15. (Article VII Section 706.) The County Council must adopt the budget no later than one month before the end of the fiscal year, ie., May 31. (Article VII Section 709.) That’s only about 45 days, which includes time for publication, and the charter-specified timeline for the hearing, which is 7-20 days after the introduction of the proposed budget. That really doesn’t leave time for a second round of public input.

However, I think that although the impact fees bill was introduced as part of the budget package, since it’s not actually the budget, it wasn’t restricted to that timeline. But since the budget itself depended on the impact fees bill, if the bill and the budget hadn’t been amended, it would have had to pass at the same time as the budget. But, since the bill was amended such that it doesn’t take effect in FY20 anyway, and the Council made cuts to the budget to allow for that, it could have been tabled to allow for a more extended and thorough process. It’s particularly egregious that the vote was rushed in this case, because the entire original bill was essentially gutted and replaced with one long amendment that replaced the entire bill – meaning that the Council essentially was voting on a whole new bill.

One final note: as long as developers are major contributors to many local campaigns, it’s impossible to know whether those contributions had an influence. Whether or not there was any actual influence, it creates an appearance of influence which causes citizens to mistrust their government.

Recently, the County Executive introduced, and the County Council passed, a measure that will put a question of public financing of elections on the ballot in 2020. Public financing like this helps to reduce the influence of business and big money contributions by allowing candidates who refuse those donations to receive matching funds for small donations, giving candidates funded by regular people a boost to help them against the big money donations. Small donor public financing also provides other benefits, such as greater citizen engagement. When you vote in 2020, please vote yes on the ballot question to allow the creation of a Baltimore County Citizens Election fund!

See also the excellent reporting by Alison Knezevich on the impact fees bill: New Baltimore County developer fees aim to cover cost of schools, roads. But the revenue is likely years away.